The Real Sons of Anarchy: Inside the World of Outlaw Motorcycle Gangs 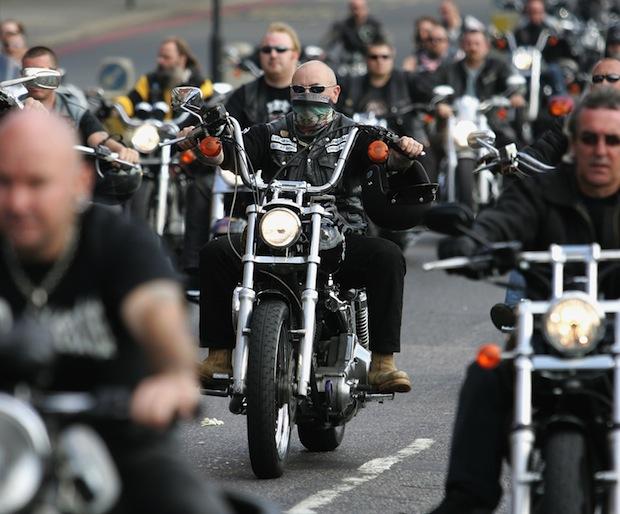 In the final season of the hit FX show "Sons of Anarchy," the lead character asks if every member of his biker gang is willing to die. While it's a stirring scene for a televised drama, that scenario was eerily similar to a real life incident that played out in Waco, Texas over the weekend.

In a gruesome turf war between rival biker gangs, The Cossacks and The Bandidos, nine people were left dead in a shootout and many others were wounded. At least 170 people are now facing charges for engaging in organized crime.

Winterhalder says the fight broke out because of a bottom rocker—the bottom clothing logo on the back of a motorcycle jacket that identifies the geographic territory of a biker gang.

“The bad blood has been brewing for quite a while,” says Winterhalder. 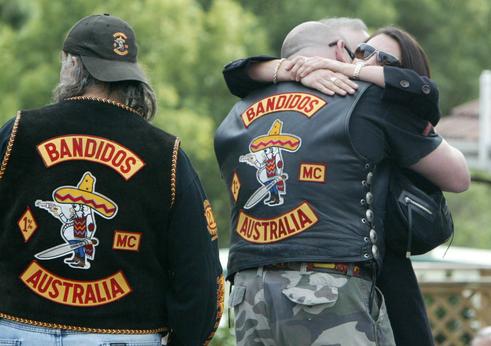 The Bandidos biker gang is international, with chapters in Australia, Germany, and elsewhere. As pictured, the "bottom rocker" of this jacket identifies a member's geographic base.

Though many on the outside believe that most confrontations between biker gangs originate over issues of drugs, money, prostitution, or other organized crime activities, Winterhalder says that territory plays a key role in the violence.

“To add fuel to the fire is the fact that some of the guys in the clubs are methamphetamine addicts,” he says. “They’re unstable, you can’t control them, and they really have no conception of what reality is. So when a couple of meth addicts from two different organizations meet and are disputing a bottom rocker, you have an instantaneous fight.”

There is a deep sense of camaraderie and brotherhood within the motorcycle community, similar to the bond one would find in the military or a fraternity, says Winterhalder.

“People stick up for their own—if you see one of your brothers get stabbed, you want to shoot the guy that stabbed your brother,” he adds.

Are The Cossacks and The Bandidos headed for a war? Winterhalder says the violence is over, at least temporarily.

“But in the future the two clubs will run into each other again in different places and it will continue,” he says.

As a former Bandidos member himself, Winterhalder argues that the majority of the members of motorcycle clubs—60 to 70 percent—are “regular guys.”

“They have jobs, families, kids—the only thing they’re guilty of is having too much fun on the weekends,” he says. “For me, that’s the side of the club I was in on. I ran a multimillion dollar construction management company while I was a Bandido. I was a single dad with custody—each day I’d get up at 5:30 or 6:00 in the morning, get [my daughter] off to daycare and go off to work. Just about everybody in my chapter was the same way. There are some guys present that commit crimes, but typically they don’t brag about it. It’s not like the mafia.” 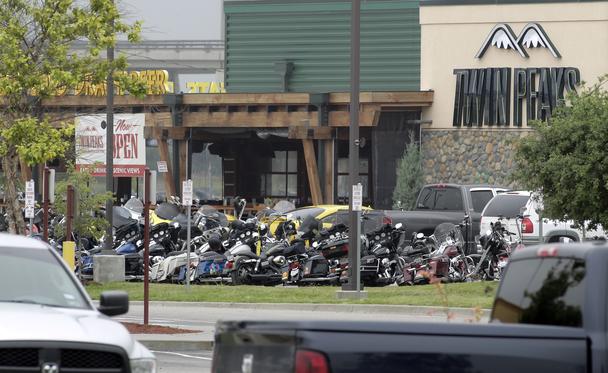 The Twin Peaks restaurant, the scene of a motorcyle gang shootout, is seen May 18, 2015 in Waco, Texas.

Though Winterhalder argues that most motorcycle group members are just average joes seeking camaraderie and excitement on the weekends, Charles Falco, author of "Vagos, Mongols, and Outlaws: My Infiltration of America's Deadliest Biker Gangs," says that’s just not the case.

Flaco says that those that are pledging biker gangs must be willing to do anything to protect their fellow members, and defend their territory and their colors, just like The Crips, The Bloods, MS13, and other gangs do.

“When it comes to war, violence, and fighting over their territory, they’re 100 times more sophisticated than other street gangs,” says Flaco. “They have a military-style structure...They’ll keep files, conduct counter surveillance against enemy combatants, or enemy bikers, so they know where they live, where they work, what time they go to work, where they hang out, who their girlfriends are, who their wives and families are. They’re very sophisticated when it comes to war.”

When committing other criminal acts, like dealing drugs or running prostitution rings, Flaco says that biker gangs are generally less sophisticated than other organized crime groups. However, as the incident in Waco shows, territory is a huge priority. Across the United States, Flaco says there are about 25 to 45 “serious” biker gangs that engage in dangerous criminal activities.

“If I could estimate, the total membership is between 5,000 and 8,000, and those are your hardcore motorcycle gang members,” he says. “And then you have 500,000 other active bikers that have nothing to do with that world. If you want to be a 9-5 guy that just wants to ride and party, you don’t become part of an outlaw motorcycle gang. You know when you join them that you’re the bullies of that world; that you have to participate in violence to protect your territory.”

In light of Waco, both Flaco and Winterhalder expect that law enforcement agencies (both federal and state) will step up operations to combat, prosecute and dismember biker gangs.

“I think you’ll see legislation...I wouldn’t be surprised if you see some of these states make it harder for gang members to get concealed weapons permits,” says Flaco. “I think that’s part of the problem of why there were so many deaths in this shootout in Texas. These biker gangs, in states where you’re allowed to have concealed weapons, the leadership has ordered members to get concealed permits if they’re not felons. That way they’re always armed.”